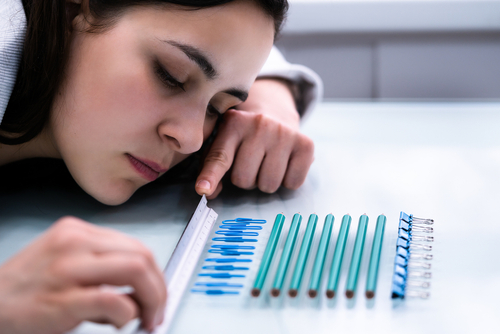 Obsessive-compulsive disorder, or OCD, is listed in the Diagnostic and Statistical Manual of Mental Disorders, Fifth Edition (DSM-5) as an anxiety disorder. It is a neuropsychiatric disorder affecting between 1 to 3 percent of the population. OCD is characterized as a mental illness involving recurrent unwanted thoughts and/ or actions. OCD is known as one of the most common mental illnesses in America. The precise cause as to why an individual develops obsessive-compulsive disorder remains unknown. Several risk factors that have been noted to increase one’s predisposition for developing OCD include:

It is also possible for OCD to develop in children because of a streptococcal infection. This is referred to as PANDAS (pediatric autoimmune neuropsychiatric disorder associated with streptococcal infections). An individual with OCD will engage in repeated and compulsive rituals that greatly interfere with his or her daily life.

Experts haveon noted that “personality disorders are a common comorbidity in obsessive-compulsive disorder.” The most evident connection between BPD and OCD relate to the symptoms present in both ailments. The Journal of Psychopathology asserts “Obsessive-compulsive symptoms are…considered intrinsically related to borderline psychopathology. These symptoms are severe and are characterized in BPD patients by poor insight and resistance and obsessive control evident in personal relationships.” The symptoms that manifest because of borderline personality disorder often mimic those of other mental health disorders, which can make the diagnosis process rather challenging. It is, however, possible to be diagnosed with BPD and OCD. In fact, studies show that between 75 and 90 percent of people with BPD also meet the diagnostic criteria for at least one type of anxiety disorder, such as OCD. Specifically, evidence of a higher-than-expected overlap between OCD and BPD first came from the Epidemiological Catchment Area study, where 23 percent of those with BPD also met criteria for OCD. Subsequent studies have consistently supported these findings with rates as high as 15 to 35 percent.