Are Dangers Associated With ADHD Stimulant Use During Pregnancy Small?

By NormanDecember 19, 2022ADHD
No Comments

Attention-deficit hyperactivity disorder (ADHD) is listed in the Diagnostic and Statistical Manual of Mental Disorders, Fifth Edition (DSM-5) as a chronic, neurological disorder. It is characterized by pervasive and impairing symptoms of inattention, hyperactivity, and impulsivity, which can significantly impact many aspects of behavior as well as performance in a variety of settings. Typically, ADHD is most effectively treated with a combination of behavior therapy and medication. The overall prevalence of current adult ADHD is 4.4%, and with many being of childbearing age, it is perplexing that there are no guidelines to inform the treatment of ADHD across pregnancy and the postpartum period.

The United States Drug Enforcement Administration (DEA) classifies various types of drugs as Schedule I, II, III, and V controlled substances under the Controlled Substance Act (CSA). The CSA provides a mechanism for substances to be controlled, categorized, and regulated as each substance is sorted into one of the five schedules, whose placement is based on the substance’s medical use, potential for abuse, and dependence liability. Similarly, the Centers for Disease Control and Prevention (CDC) compiled a list of safe medications for use during pregnancy, and stimulants are not listed. Even with the several systematic reviews that have assessed the literature on stimulant use during pregnancy, the lack of comprehensive data on use or misuse and associated variables greatly constrains any ability to derive a reproductive safety profile for stimulants. As such, according to the U.S. Federal Drug Administration (FDA), none of the medications used to treat ADHD (e.g., Adderall, Vyvanse, Ritalin, etc.) are proven to be safe for use during pregnancy, but they are also not proven to be harmful. Therefore, the decision to include the use of stimulants in one’s treatment plan while pregnant will be determined on a case-by-case basis.

Yes, the dangers associated with ADHD stimulant use while pregnant are relatively small when the medication is used exactly as directed by one’s prescribing physician. However, the National Institute on Drug Abuse (NIDA) warns that substance abuse while pregnant, including the abuse of prescription stimulant medications, may result in miscarriage, stillbirth, infant withdrawal syndrome, birth defects, premature birth, low birth weights, gastroschisis, omphalocele, transverse limb deficiency, and sudden infant death syndrome (SIDS). Every day and week in gestation significant fetal growth and physical developments occur. Depending on the woman, pregnancy can be a dangerous and complicated medical condition. There are many factors that contribute to a woman’s ability or inability to successfully conceive, carry, and deliver a baby. While there are natural complications that can arise during pregnancy, the longer a pregnant woman abuses stimulants, the more she increases her and her fetus’s risk for developing complications. 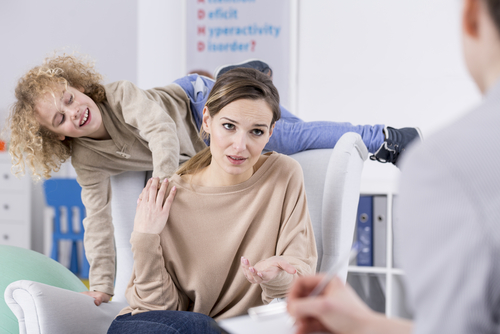 What Are The Causes Of ADHD?